Episode 6 - Contact
Shojo Kaiju Anosillus the 2nd (アノシラス（２代目） Anoshirasu (2-daime)), simply known as Anosillus II, is a character in SSSS.Gridman. She is an independent kaiju and an acquaintance of Yuta Hibiki and Gridman as well as successor/progeny of Anosillus.

Anosillus is shown to have a mildly sadistic streak. She is somewhat socially awkward, and doesn't seem to know or care much about human social norms. Even so, she apparently a good person at heart, as she warned Yuta about the truth behind Kaiju attacks and a malevolent presence that manipulated Akane from behind the scenes. She says that she helped Yuta because her predecessor had a life debt with both Yuta and Gridman.

In spite of being awkward when it comes to human social norms, Anosillus possesses just enough social ability to blend into human community to avoid troubles as well as convincing Yuta that she's a trustworthy ally (though arguably not so much for Max). She also resourceful and intelligent, having collected a sum of coins for buying some food for both herself and others.

Anosillus's human/Repli-Compoid form has dark green hair tied into small pair of braids. She has slightly tanned skin and red eyes. Her outfit is comprised of a dark green double-layered hoodie with light green patches worn over a dress with pink, dark yellow, and light yellow colorations as well as red clef symbol on the chest, black shorts, and brown sandals. She also carries a large blue bag full of coins.

Other than human disguise and resourcefulness, Anosillus is able to enlarge herself as demonstrated in order to impress Yuta in their first meeting. 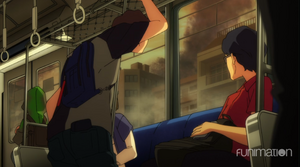 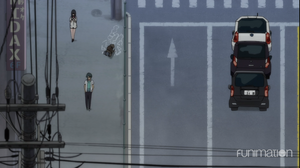 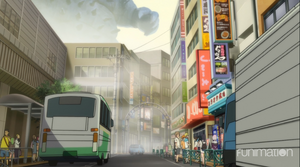 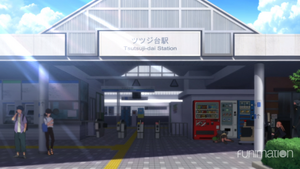 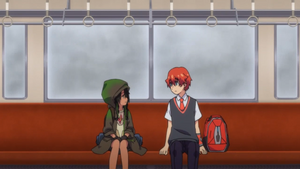 The Anosillus family
Add a photo to this gallery
Retrieved from "https://ssssgridman.fandom.com/wiki/Anosillus_II?oldid=2945"
Community content is available under CC-BY-SA unless otherwise noted.